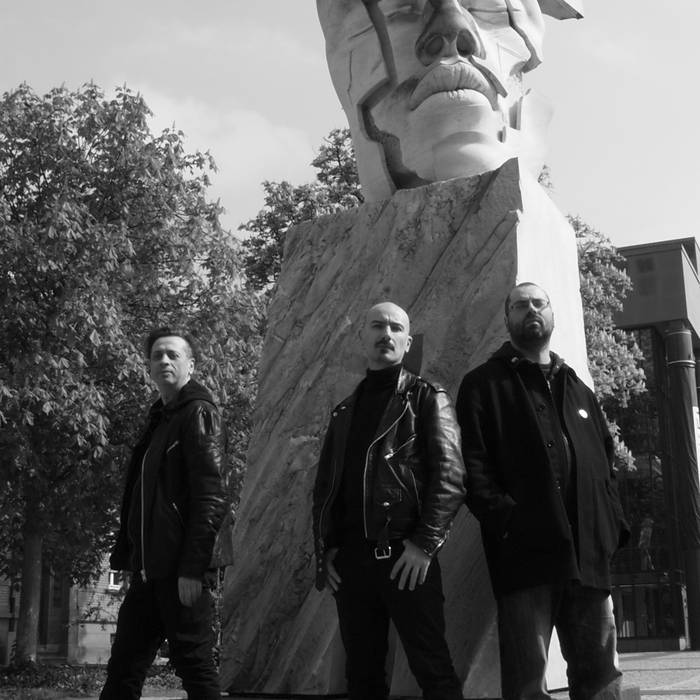 Vidi Aquam are a veteran dark-wave band from Milan active since 1994 and, after few line-up changes, since 2006 the band features founder Nikita (voice, synth and programming), Daniele Viola (since 1998: guitar, programming and voice) and Fabio Degiorgi (since 2001: bass and programming). Their discography features also some mini-album, promo tapes and cds, a collection of rarities and the participation to some 10 compilations, including “Lunar Sea” from American label Shinto Records. The CD “The World Dies”, has been released on 2010 by Rosa Selvaggia Obscure Label and mastering was made by Frédéric Chaplain from Prikosnovenie; it has been positively reviewed from the European alternative press (Great Britain, Spain, France, Germany, Holland, Malta, Switzerland and Italy). During the last years the band has played live in different cities from Italy, Germany, Switzerland and Malta, together with historical names from the scene as Peter Hook & The Light, Faith and The Muse, Norma Loy and Stalingrad. They have been quoted in various books about dark wave by Mick Mercer ("Music To Die For", "21st Century Goth"), and also "Il Dark: guida alla musica oscura" by Ivano Galletta and "The Goth Bible" by Nancy Kilpatrick. On 2007 they featured in the CD “21 Dirty RMXs” from legendary Dirty Actions (one of the earliest Italian punk bands) with a remixed version of “Il museo di Lombroso”.
In October 2012 was released a live CD for the label Swiss SDN.
Three years after the release of the CD "The World Dies", that has been positively reviewed in Italy and in many others european countries, Vidi Aquam are coming back with their new album "Fog Vision", that features ten tracks passing through dark wave, new wave, postpunk and ritual atmospheres. As for the previous work, the band on some lyrics is still criticising some negative effects being present in today's society, from the destruction of the forests to the diffusion of sterile and mean ways of living, but there are also homages to World War II Italian Partisan's Resistance, to the Divas of the Silent Movies era, to the Scapigliatura, to the oniric world and to introspection. Lyrics are written mainly by Nikita, with the exception of  "10 Agosto '44" and "We Bare The Light" written by Daniele Viola. Mastering of the album has been made at Transfert Studio in Berlin by Mauro Martinuz (Teatro Satanico), while recording, mixing and production are made by Vidi Aquam. "Fog Vision" is being released on June 2013 starting with the vynil 12" LP version (limited to 250 copies) by Rosa Selvaggia Obscure Label. A CD version will be released on November.
Web:
Official web : www.rosaselvaggia.com/vidiaquam.htm
Bandcamp: vidiaquam.bandcamp.com
ReverbNation: www.reverbnation.com/vidiaquam
Myspace: www.myspace.com/vidiaquam
Distribution USA: www.sin-tech.org/Artists/VidiAquam.html
Facebook: www.facebook.com/pages/VIDI-AQUAM/111366628883009
Discography:
tape "Vidi Aquam" (L'alternative Dramatique, 1995)
tape "9.96" (L'Alternative Dramatique, 1996)
Mini- CD "Queen of spades" (Rosa Selvaggia, 2000)
CD-promo "Spades - German Promo" (Rosa Selvaggia, 2002)
CD-sampler "Apocalisse" (Rosa Selvaggia, 2002)
CD-EP split "Vidi Aquam /The Unfaithful" (Rosa Selvaggia, 2006)
EP download "Ombre Sonore" (Bennekea, 2006 )
CD digipack “The World Dies” (Rosa Selvaggia, 2010)
CD “Vidi Aquam live” (Swiss Dark Nights, 2012)
CD “Live in Berlin” (Rosa Selvaggia, 2013)
LP /CD “Fog Vision” (Rosa Selvaggia, 2013)