Manguss - Love you to death 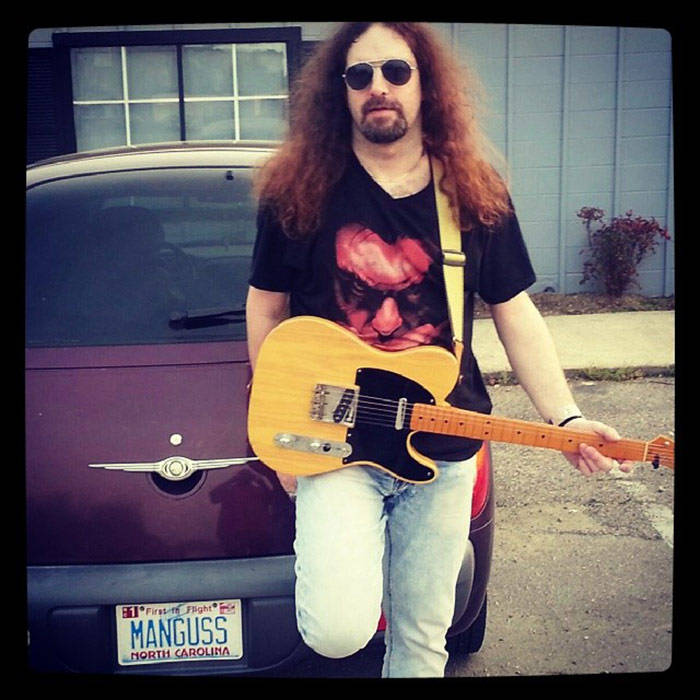 Manguss is an italian guitar player, songwriter, arranger and occasionally singer, bass player and fx programmer, based in North Carolina since 2012.
As his main background comes from hard rock music, he’s always been open minded and willing to explore a lot of different genres since his musical tastes go from rock and metal to pop, r'n'b, hip hop, electronic music, ambient, fusion, gospel, blues, country and more.

This unstoppable constant research is the reason why he has been taking part to so many different bands and projects. His career saw him playing for the black metal band MORTUARY DRAPE, the electronic projects DC PROJECT, SENSORY GATE, MATRIX MERETRIX, the ambient psychedelic band NG (NORTHGATE) and different hard rock bands such as LYMPH OF WISDOOM, WARNIPPLES and SHOWDOWN BOULEVARD, bringing to all of these projects his songwriting and arranging skills, besides his playing.

The guitar players that he considers sources of great inspiration  for his own style are artists such as Jimmy Page, Billy Duffy, Vernon Reid, Rich Robinson, Eddie Hazel, Jimi Hendrix, Duane Allman, Slash, Dr. Know, Eric Clapton, Ernie Isley and many many others.

Over the years he shared the stage with many artists of different musical background such as Living Colour, Adam Bomb, Tim Ripper Owens, Joe Delia, Aaron Mills of Cameo, Delaney McQuaig etc.

He is currently the lead guitar player for the band of the Raleigh new dept. of the renowned Redemption Church based in Greenville SC.

About the song:
I decided to choose this song for its absolutely wonderful atmosphere that somehow mixes together rock, dark and a certain 80's pop kinda flavor especially in the melancholic keyboard parts and vocals.
A total masterpiece and one of the finest tunes by Type O Negative in my humble opinion.